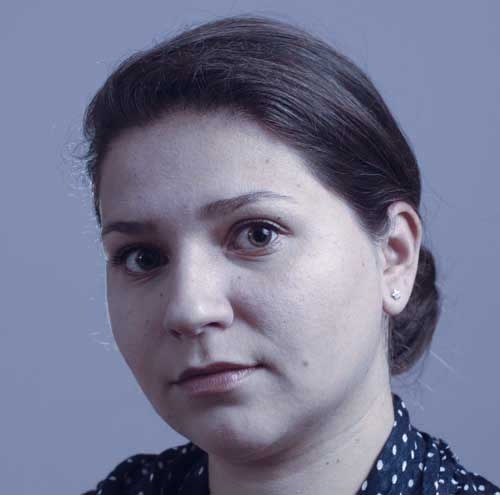 Mrs. Alina Teodorescu is project coordinator and marketing analyst of Seneca. She is involved in the preparation, planning, coordination and marketing of Seneca projects. She assures support of Seneca consultants for Jakarta new rapid transit system and for Bucharest airport new metro line. She is responsible with regular communication and coordination with Seneca local and international partners. Mrs. Alina Teodorescu is highly qualified in computer usage.

Mrs. Alina Teodorescu joined Seneca in 2012. Before working with Seneca, since 2008, she worked as a sales representative for Namicon Testing , in the field of quality control methods and equipment, where she developed strong communication skills, due to daily interaction with clients and equipment suppliers. While working with Seneca she was project coordinator for projects with Romanian railway companies, consulting projects for oil company Petrom, as well as for consulting projects for SME regarding EU fund application, being responsible with the paperwork involved by these projects

Mrs. Alina Teodorescu graduated the Politechnical Institute of Bucharest and holds an Engineer’s degree in Material Science as well as a Master’s degree in Industrial Management Engineering. She graduated from George Cosbuc Bilingual College, section Mathematics and Computer Science.

Mrs. Alina Teodorescu is an organized and goal-oriented person, she is extremely likeable, working in good harmony with all team members. She has very good communication skills, and is oriented to meeting all the clients’ needs, being responsible with the liaison between clients and consultants. She is an optimistic and creative person, motivated to improve and catch up with the experienced team mates. She takes every opportunity she has to learn from her more experienced colleagues, and is open to information and knowledge.